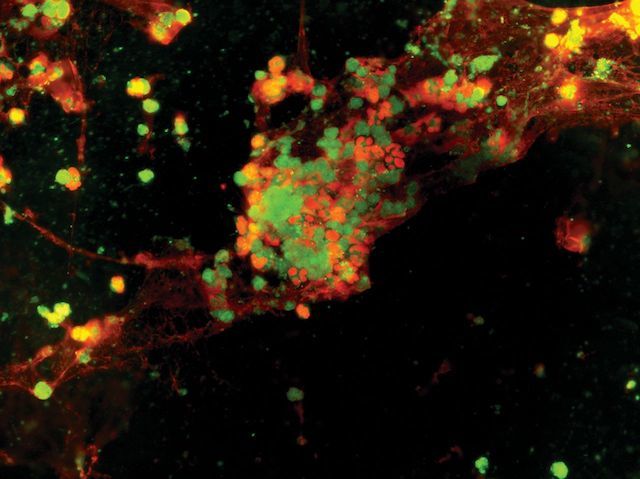 Bacteria scheming their way past antibiotic treatments know that there’s often more than one way around a challenge. As well as antibiotic resistance – the increasing problem of bacteria adapting to repel antibiotics – some bacteria develop subgroups that simply wait out the antibiotic presence, persisting until the path is clear to expand again. Staphylococcus aureus causes a range of serious diseases, and can often withstand antibiotic treatment (pictured, with dead bacteria in red and surviving bacteria in green after treatment in a mouse). A new study has shown that the acidic environment created when cells are under stress combined with antibiotic exposure leads to a sub-population of the bacteria undergoing molecular changes and becoming dormant, hibernating until it’s safe to reactivate. The researchers then trialled a treatment targeting this sleeping beast, potentially pointing the way for new approaches to prevent persistent infections for good.