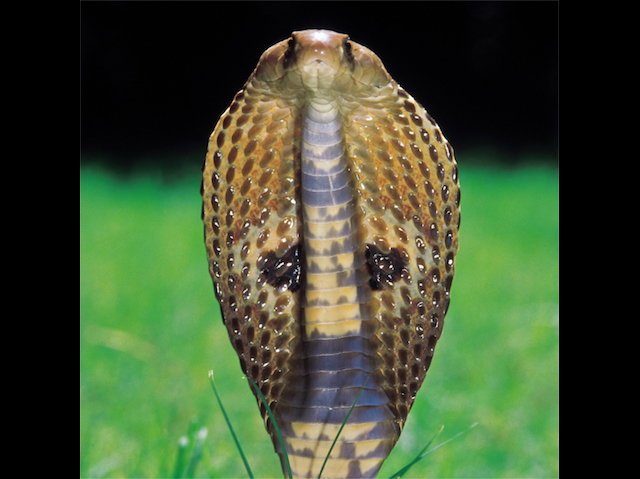 When bitten by venomous snakes, antivenoms, consisting of antibodies raised against venom proteins, are our only defence. Yet, the complexity of antivenom production, and of venom itself, can jeopardise their availability and effectiveness. India records the highest number of serious snakebites worldwide, with an estimated 58,000 deaths annually, and the spectacular spectacled cobra (Naja naja, pictured) is a major culprit. Its wide distribution across the subcontinent makes it a common threat, but also means the composition of its venom is highly variable, shaped by ecological factors like climate and diet. As a result, the effectiveness of commercially-available antivenoms, produced using venom from only one region, varies between different populations, to the point of being completely useless against cobras from one desert area. New approaches to antivenom manufacture are needed to improve treatments, first by developing regionally-effective therapies, and in the long-term by harnessing new methods to produce more broadly-effective antivenoms.