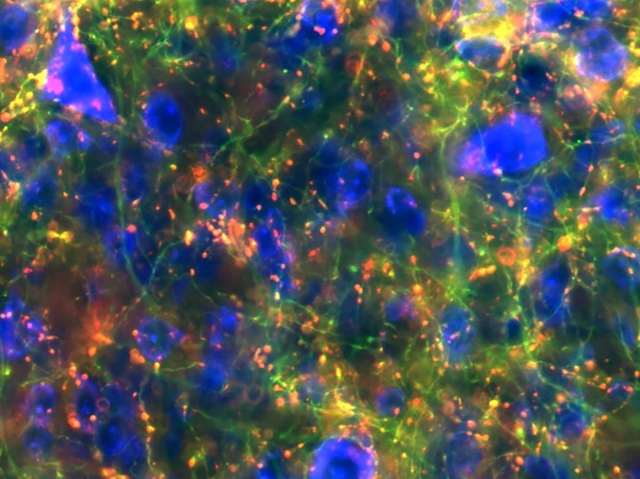 Nestled deep within the brain is the basal ganglia, a cluster of neurons that controls various behaviours including how we move our limbs. Damage to these neurons and their networks can lead to conditions that affect our ability to make controlled movements, such as Parkinson’s disease. To better understand how information travels from the basal ganglia to the various brain regions involved in movement and behaviour, scientists created a precise map in mice of the networks originating from an area of the basal ganglia called the substantia nigra. They tracked electrical signals leaving from substantia nigra neurons as they travelled along pathways called axons (in green) to the rest of the brain by forming connections (in red) with other neurons. The detailed networks this map revealed could be used by other researchers to understand what type of information is carried along each connection and, ultimately, how animals move.