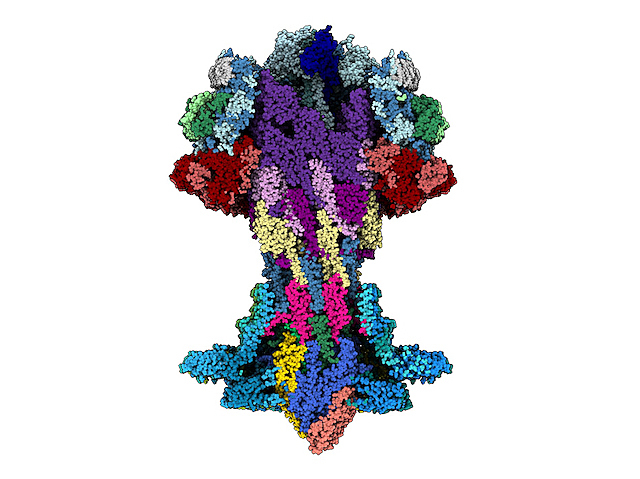 This impressive structure is the molecular motor that spins the tiny whip-like flagellum that Salmonella bacteria use for swimming through sticky liquids. Using a technique called cryo-electron microscopy, which uses electrons rather than light to visualise molecules, researchers have shown that the motor is built from 173 individual proteins of 13 different types. These components are arranged into two large rings at the top and bottom, joined by a central rod. The bacterial flagellum motor is one of the most complex molecular structures inside living cells, and often held up as an example of "something so complicated it could never have evolved by itself". Understanding the intricacies of its components and constructions not only reveals new insights into how the motor works, but also helps to explain how such a complex structure can self-assemble inside cells and the ways in which it might have developed over time through evolutionary processes.