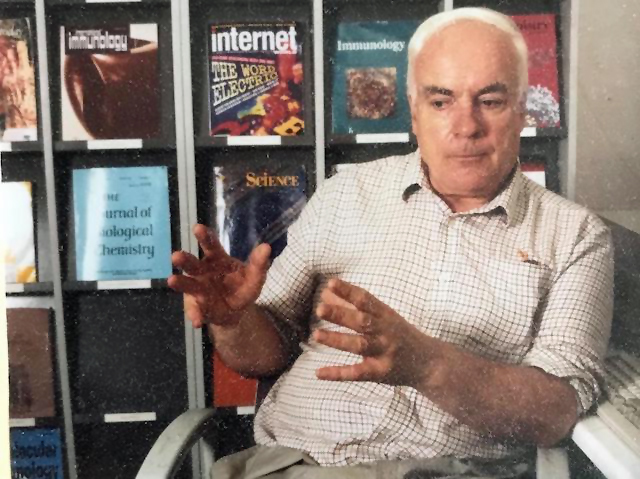 Born on this day in 1928, Professor Av Mitchison has been behind many important discoveries about the immune system. Back in the 1950s, he was the first to realise that it was certain immune cells called lymphocytes, not the antibodies they produce, that led to transplants being rejected by recipients’ immune systems. He also proved that immune tolerance can build up over time, found ways to distinguish between different types of immune cells, and showed how they work together to protect us from disease. In the 1990s he switched his focus to understanding what happens when the immune system attacks our own bodies to cause conditions such as rheumatoid arthritis, and he won the 1995 Novartis Prize for Basic Immunology. Not only has his work shed light on the intricate complexities of how the immune system works but also underpinned the development of life-changing immunotherapies.