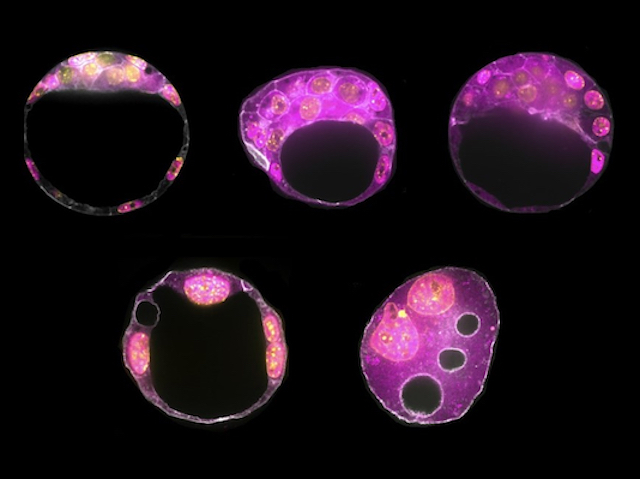 The blastocyst is a structure that develops around the early embryo before it implants into the wall of the womb. It's essential for implantation and is formed through a series of cell divisions. This involves cell machinery that controls contractility, including proteins such as actin and myosin. Researchers now investigate subunits of myosin called non-muscle myosin II heavy chains (NHMC). Using mouse embryos they created mutants lacking NMHC II-A or NMHC II-B or both. They find NMHC II-A caused major defects in cell division, reduced maturation of cells and other morphological defects in the embryo. NHMC II-B mutants had less severe defects. Double mutants had the most severe defects with cell division failing completely in most cases. However, all mutants were still able to create fluid-filled vacuoles, which is part of the normal process of readying the blastocyst for implantation. This reveals that some events involved in pre-implantation are unaffected by defects in contractility but also that NMHC II-A is the major player in regulating contractility in preparation for implantation.