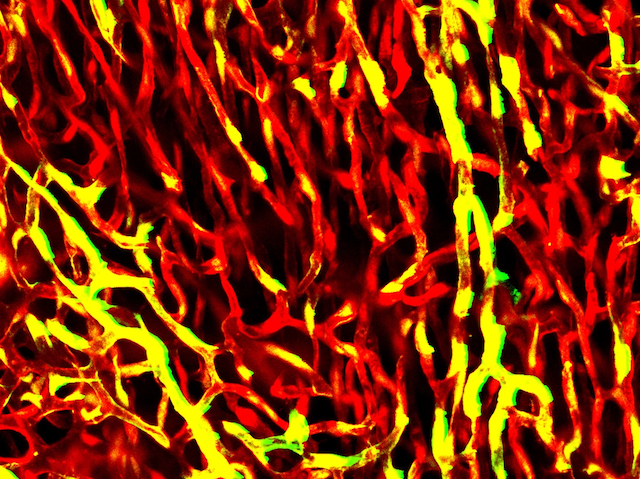 Doctors have known for some time that certain factors increase the risk of heart disease, such as having high blood pressure, being overweight and doing less physical activity, as well as older age. But what’s less clear is exactly how these things exert their effects on blood vessels within the heart, which gradually become stiffer as heart disease takes hold. To find out more, researchers have been studying patterns of gene activity in blood vessel cells in mice, comparing old and young, obese and lean, and fit and inactive animals, as well as those with and without heart problems. All of the ‘risky’ mice had high activity of a gene called SerpinH1, which is involved in producing molecules that stiffen blood vessels. SerpinH1 was switched off by exercise, suggesting that drugs designed to reduce its activity could help to reduce heart disease risk in people who are unable to exercise.