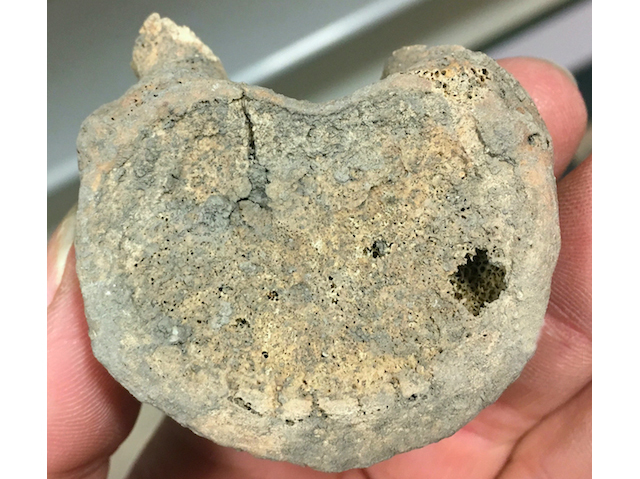 Evidence of cancer in mediaeval remains

We often think of cancer as a recent disease, perhaps brought about by modern, industrialised living. In fact, its grim history stretches a lot further back. Evidence of tumours has been found in fossilised dinosaur bones, as well as in human remains from many thousands of years ago in sites all over the world. Even so, the disease was thought to be rare in ancient times. Now a new study using X-ray and CT scanners to analyse bones from skeletons in medieval graveyards ranging from the 6th to the 16th century has revealed previously hidden evidence of cancer in many remains. Here, we see a hole in the right-hand side of an excavated vertebral bone which was caused by cancer cells growing in the spine. The researchers calculate that between 9% and 14% of medieval adults had cancer at the time of their death – around ten times higher than previously thought.

Find out more about the history of cancer in Kat’s recent book, Rebel Cell: Cancer, evolution and the science of life