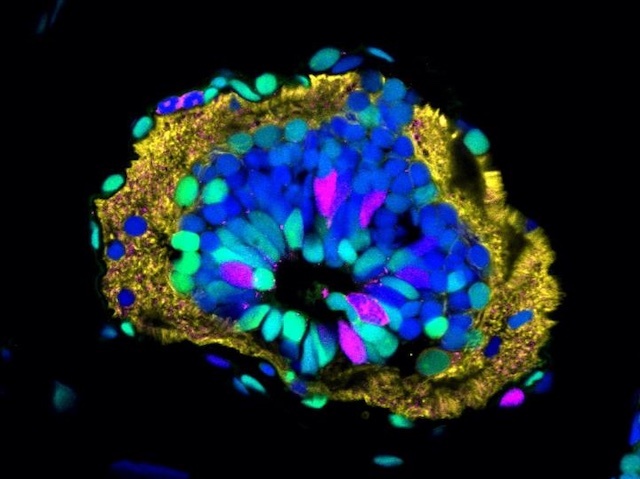 Scientists often need to put themselves in the right place at the right time. The secret to how this axolotl’s spine (shown in cross section) regenerates may be hidden in the first few hours after injury. Scientists know that, days later, nearby neural stem cells (highlighted in red and green with blue nuclei) are dividing three times faster than normal – but how? Researchers used mathematical modelling of the cell cycle to make a prediction: while cells in healthy spines divide out of synch with each other, injury calls a portion of these cells to the same 'stage' of the cell cycle, synchronising division. Peeking at cells at different windows of time after amputation supports this theory. Such combinations of predictive modelling and reinforcing experiments allow researchers to piece together dramatic events that – at least for the moment – remain a little mysterious.