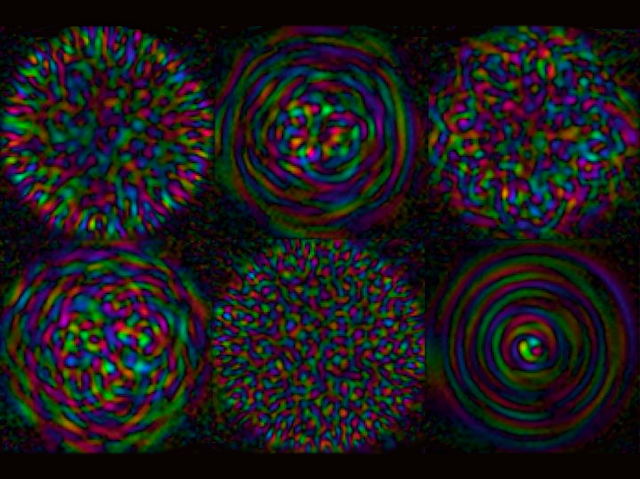 Light carries pictures – firing chemical reactions at the backs of our eyes, or along optical fibres from inside the body, revolutionising surgery. Aiming to improve the resolution of endoscopes, here a team of physicists experiment with thinner fibres – comparing patterns of light that emerge after blurring and bending along the fibre, they aim to reassemble a 'memory' of the original picture. But there’s a problem – the fibres have to move, twist and turn to peek inside tissues, often scrambling the light into beautiful, but confusing patterns like these. Undefeated, the scientists take inspiration from astronomy, where guiding stars are used as reference points to orientate light from distant galaxies. Bright fluorescent particles on the tip of fibres in new endoscopes may help in a similar way, unscrambling detailed pictures of individual cells, and ultimately saving lives.