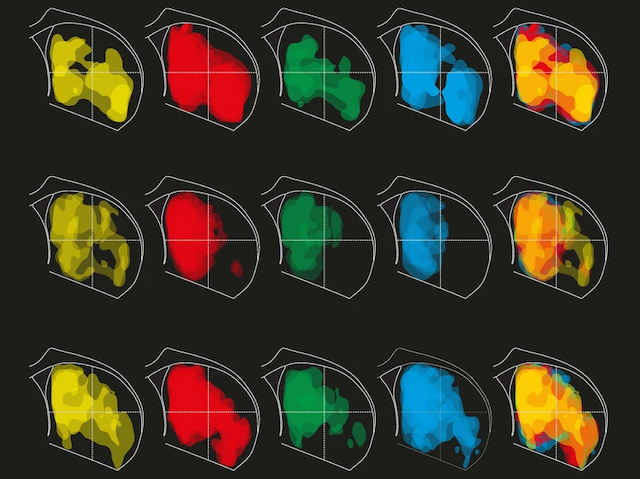 The most powerful property of the human brain is plasticity: the ability to rewire nerve cells and adapt to a changing world as we go through life. However, drugs like cocaine take advantage of this ability, rewiring the brain to create pathways that lead to harmful, addictive behaviours. To find out more, researchers are using mice that have been genetically modified to reveal patterns of gene activity in the brain in response to cocaine. They’ve found that the drug triggers specific patterns for different genes (yellow, green, blue and red), which vary depending on whether the animals are given the drug just once (top), repeatedly (middle) or again after a break (bottom). Understanding how addictive drugs like cocaine hijack genetic pathways and rewire the brain could point towards new ways to treat addiction in the future, as well as shedding light on the fundamental mechanisms of plasticity in the brain.