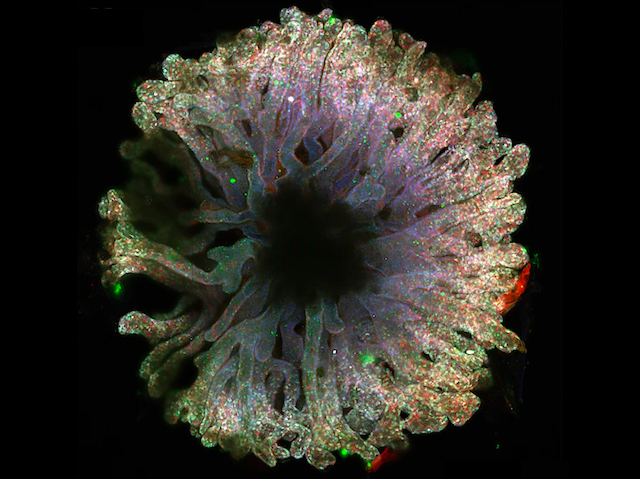 At the frontline of cleaning your blood are structures in your kidneys called nephrons. Researchers have modelled how they work using organoids — tissues grown in a dish that mimic features of the real organ. But an organoid to mimic and investigate the kidney’s collecting ducts (CDs) — a network of tubes responsible for the production of urine – has been elusive until now. Researchers have created such a model using progenitor cells from structures in mouse developing kidneys called ureteric buds (UBs). Adding a mix of chemicals encouraged UB organoids to become CD organoids, as captured using fluorescence microscopy (pictured), taking on a structure similar to the adult CD system. Moreover, adding nephron progenitor cells to UB organoids mimicked kidney development, including the branching of CDs and early nephron formation. These models can therefore help us better understand collecting ducts in health, disease and development.