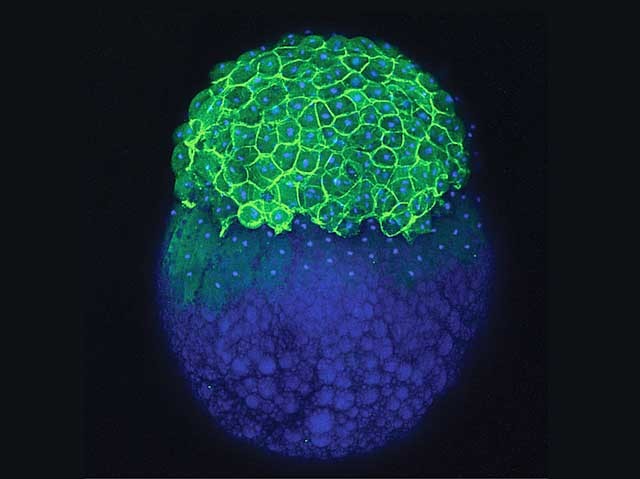 Gene called Igf2bp3 has a vital role in embryo development

The journey towards making the next generation starts at the very earliest stages of life. Certain special cells, known as germ cells, that will go on to form eggs or sperm in the adult are marked out in every embryo within the first few days of development. Researchers have discovered that zebrafish embryos with a faulty version of a gene called Igf2bp3, like the one shown here, usually develop as males. If any do become females, then they tend to have defective eggs. Looking more closely, they noticed that a region called the yolk syncytial layer, sandwiched in between the green and blue parts in this image, is larger than normal in these defective embryos, which could explain why they don’t develop properly. The Igf2bp3 gene has counterparts in other species, including our own, so this research could shed light on problems with sex development and infertility in humans too.