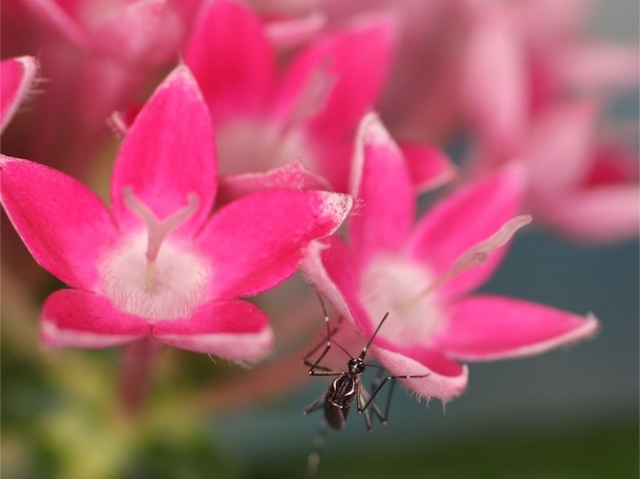 Widely distributed across the globe, Aedes aegypti mosquitoes are a key vector for several harmful arboviruses, including dengue, a virus estimated to cause around 390 million infections each year. While most work necessarily focuses on severely affected regions, much can be learned by investigating places displaying 'aegyptism without arbovirus', where Ae. aegypti is established but cases of dengue are rare. Comparing maps of environmental suitability for dengue and Ae. aegypti reveals global patterns, and general characteristics associated with areas experiencing lower risk of dengue than expected. A key feature is low population density; with fewer human hosts available, Aedes mosquitoes turn to alternative food sources such as other animals or even floral nectar (as pictured), resulting in reduced virus transmission. Environmental conditions like temperature and rainfall also affect both dengue virus and its mosquito vectors, with important implications for how risks might change in the face of climate change.