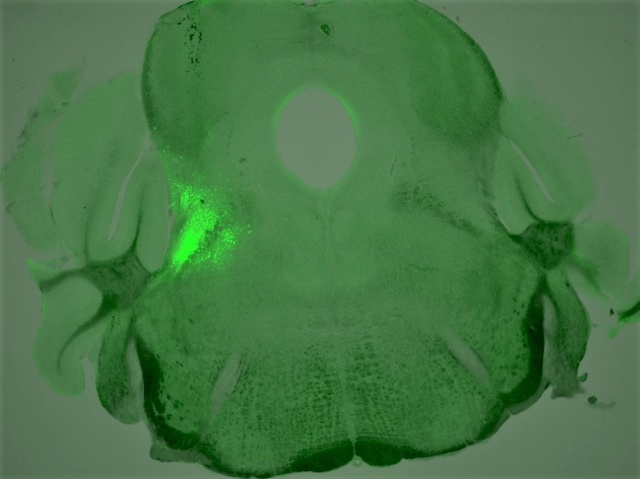 Worldwide, around 100,000 people die from opioid overdose each year, be it from heroin or any one of the legally prescribed opioid painkillers, all of which are powerfully addictive. Taken at low doses these drugs stifle pain signals and induce feelings of pleasure and relaxation, but at higher doses the drugs suppress breathing and heart rate sometimes to such a degree as to have fatal consequences. The cluster of cells coloured bright green in this slice of mouse brain have recently been identified as those cells upon which opioids act to suppress breathing. With this discovery, researchers have also identified compounds that target the cells and that can, when given to mice, reverse opioid-induced respiratory depression. If such a compound can be developed into a drug, it could be used to bring back overdose victims from death’s door – at least those ones fortunate enough to be found in time.