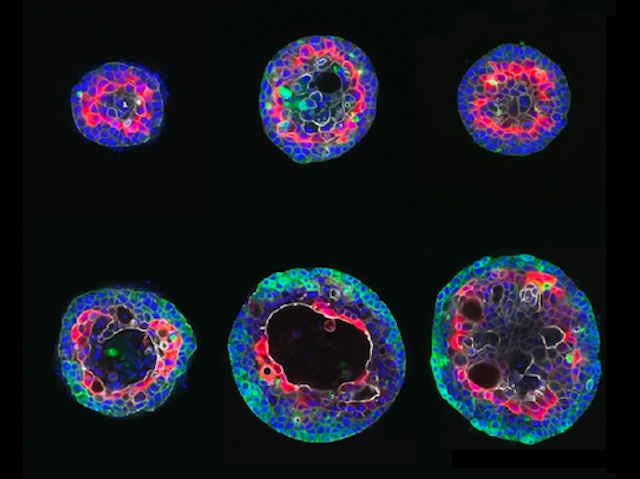 One of the most common types of lung cancer is lung squamous cell carcinoma (LUSC), where tumours form structures called tumour nests. Nests mimic the structure of squamous epithelium – the tissue from which LUSC originates – but curled up in a ball so that the under layer of basal cells is on the outside and cells similar to keratinocytes are on the inside. Researchers now present a 3D model of these tumour nests (pictured using fluorescence microscopy) to better investigate LUSC. LUSC cells were grown in different protein mixes: collagen I (right), a protein blend called Matrigel (left) or both (middle). All models developed into cancer organoids with basal-like cells on the outside (highlighted in green) and keratinocyte-like cells on the inside (red). This effect was more pronounced when the cells were added to protein mixes as aggregates of cells (bottom) instead of single cells (top).