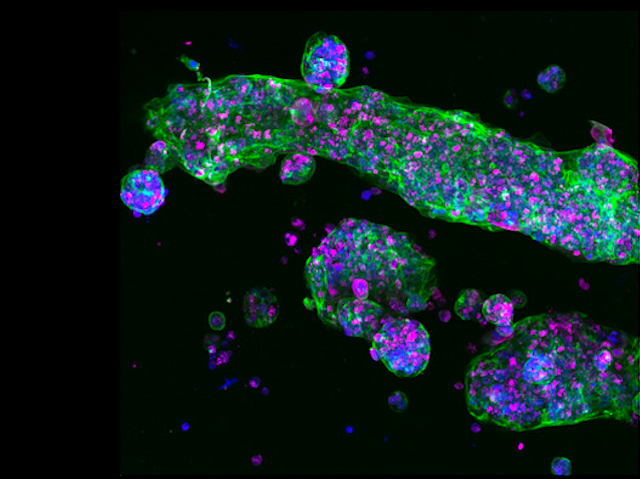 Sometimes our true character is only revealed when we face real adversity. It’s hard to draw conclusions if you only see a sunny scenario. And we can only learn so much about tackling disease if our experiments are based exclusively on healthy cells and tissues. Lab-based models of the human liver – collections of cells that simulate the real thing – are essential to research into liver function, but existing models don’t represent diseased livers as well as healthy ones. A study has developed an improved model (pictured) with increased cell-cell interactions, longer-term stability, and a supportive scaffold (green) formed of a hydrogel. Liver cells (pink) in this model better mimic those in the body, with clear differences between healthy and diseased scenarios, providing a valuable platform for investigating not just healthy biology, but the mechanics – and potential treatments – of disease.