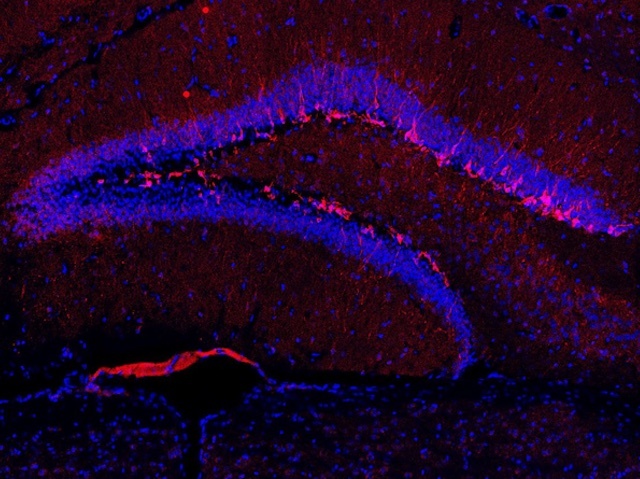 The hippocampus (pictured) is a critical part of the brain for forming memories. It’s also one of the few brain regions where new neurons are continually generated – a process called neurogenesis. But the pool of stem cells giving rise to these new neurons is susceptible to the ageing process just like the rest of the body, and scientists have found that, with age, an increasing number of hippocampal stem cells enter a state of dormancy and dysfunction called senescence. By treating older mice with a drug that kills these decrepit stem cells, the remaining healthy ones were able to produce more new neurons (coloured red). Moreover, this enhanced neurogenesis was coupled with improved spatial memory in the treated animals. If similar hippocampal rejuvenation is deemed safe and effective in humans, it may help curb cognitive decline in older people and enable them to hold on to their memories for longer.