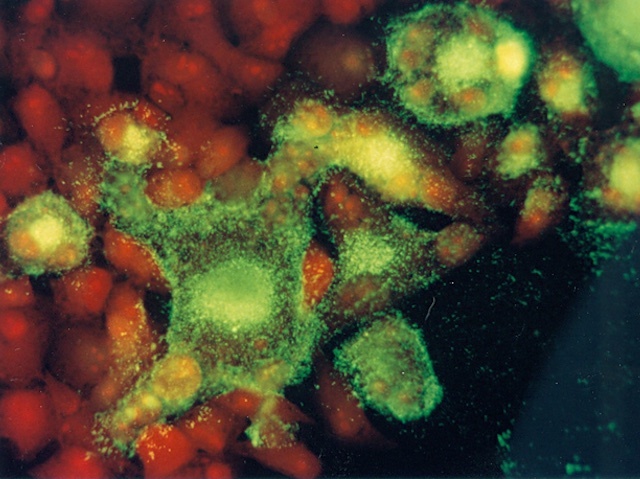 Lest we forget in this era of COVID, there are other deadly respiratory viruses, including some that are particularly threatening to children. Take for example respiratory syncytial virus (RSV), shown here coloured green infecting human cells. This virus is a major respiratory pathogen in infants and young kids and a leading cause of childhood death worldwide. There is no vaccine against RSV nor any guaranteed effective treatment, but recently scientists investigating ways to tackle RSV have made a breakthrough. They found that drugs called mTOR inhibitors block a host cell pathway needed for viral protein synthesis. In human lung cells, the drugs blocked production of RSV particles and were also effective against a type of coronavirus related to SARS-CoV-2 – though the drugs’ effects on the actual COVID culprit were not tested. Notably, mTOR inhibitors are already used as anti-cancer medications, which will likely facilitate their repurposing as antivirals.