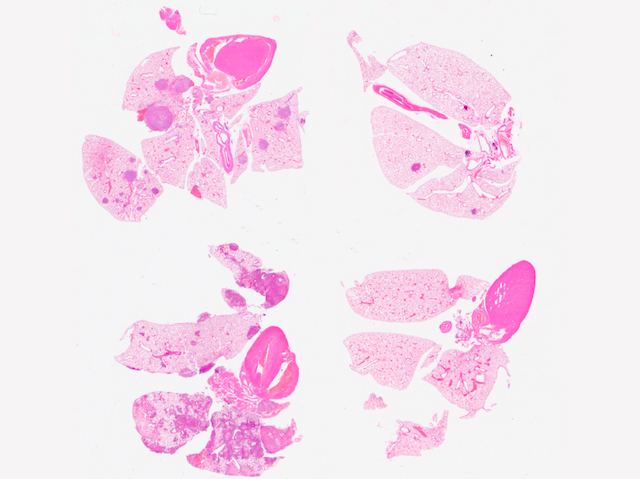 Relapse is a constant threat for cancer survivors. Long after successful treatments, cancer can return, or spread into other tissues, a process known as metastasis. These secondary tumours, often more resistant to treatment, are born from disseminated tumour cells (DTCs) that can remain inactive for years, in a dormant state controlled by the protein NR2F1. Found at much higher levels in dormant DTCs than in actively multiplying cells, NR2F1 controls the expression of multiple genes to suppress cell proliferation. Recent research found that, by activating production of NR2F1, a small molecule called C26 could promote dormancy in mice with lung cancer: as seen in their lung tissues, mice treated with C26 (right-hand panels) developed far fewer secondary tumours, visible as small dark purple stains, compared to untreated mice (left). Targeting a general mechanism acting across several cancers, activating NR2F1 could be a promising strategy to reduce the risk of metastasis.