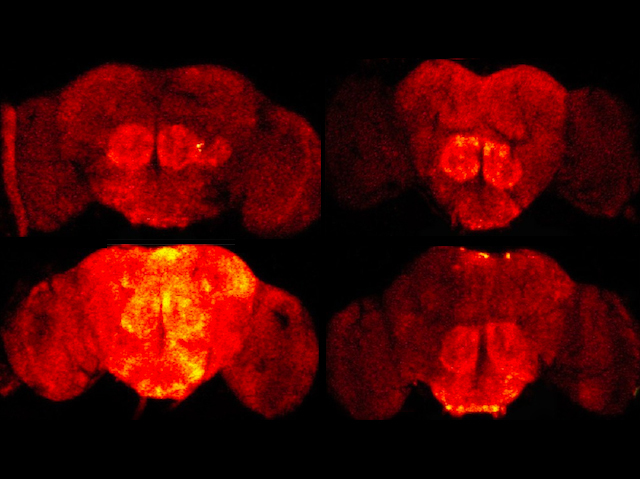 More than 10 million people worldwide are living with Parkinson’s disease. A brain condition that progressively worsens and primarily impacts movement but can also cause issues such as insomnia and mental health problems. Despite a considerable back catalogue of research, what causes Parkinson’s disease isn’t clear. Possible culprits, however, are mitochondria which produce the energy currency that powers the cell. Within the mitochondria are a series of five complexes – helpfully named one to five – that form this production line. But this process also produces a by-product called reactive oxygen species (ROS; highlighted in orange in these images of fruit fly brains) which causes damage to the cell. Researchers have now discovered that mutations in mitochondrial complex IV lead to increased levels of ROS (bottom left) compared to ‘normal’ levels (the other three images). With more damage-inducing ROS around, it could explain what causes Parkinson’s and why it gets worse with time.