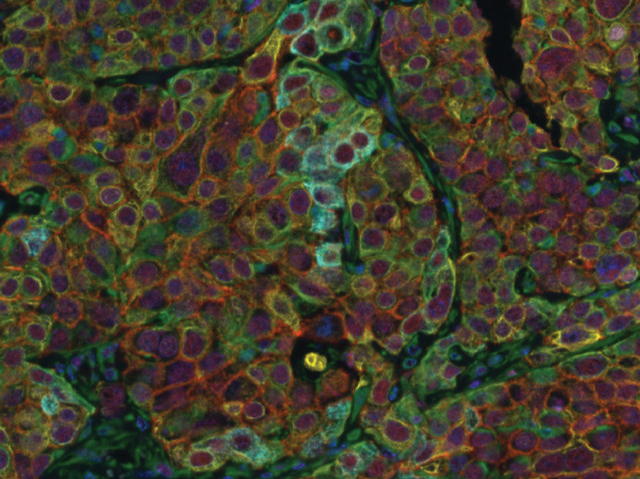 Because it’s possible for just one mutant cell, replicating out of control, to give rise to a tumour, one might think tumours are comprised of essentially identical cells. But, that’s not the case. Tumours, generally speaking, contain a mix of cells that arise and develop as the tumour grows. This breast tumour (pictured), for example, shows a variety of cells marked by different colours. And, recent studies suggest, the more cellular diversity a tumour displays, the more deadly it will be. Women whose stage III breast cancer specimens exhibited highly heterogeneous cells – especially cells transitioning from an epithelial to mesenchymal type, which is associated with metastasis – had reduced survival times compared with women whose tumours were more uniform. While these findings may not lead directly to new treatment options for cancer sufferers, they could lead to a new prognostic screen that then guides treatment decisions.