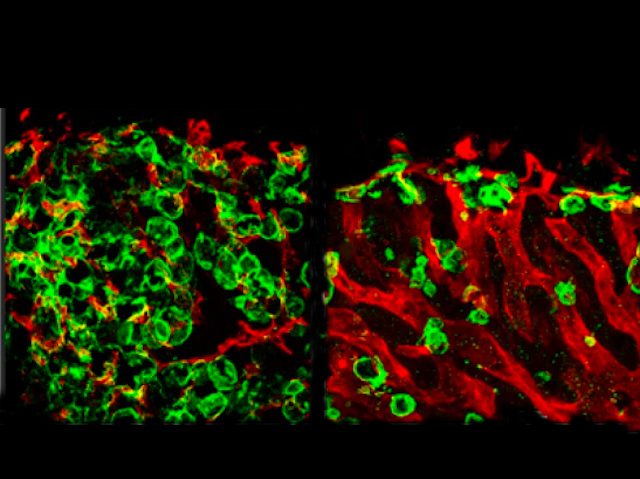 Did you know that the menopause increases a woman’s risk of developing osteoporosis? Usually the hormone oestrogen protects female bones and crucially the blood vessels within them. At menopause, those hormone levels drop dramatically, accelerating bone loss and fragility. The fat cells surrounding blood vessels also cease to be broken down, no longer efficiently fuelling vessel growth. Researchers revealed that low oestrogen levels in postmenopausal mice created a build-up of a toxic substance called lipase peroxide. This impedes their ability to form the vital blood vessels which support bone formation. But they were able to repair some of this damage using a drug called Liproxstatin (right) which broke down the fat cells (green) and increased the blood vessels inside the bone (red) compared to mice with low oestrogen levels (left). Targeting the build-up of lipase peroxide is a promising alternative to oestrogen hormone replacement therapy which has its own side effects.

Read more about this research from the MRC LMS here