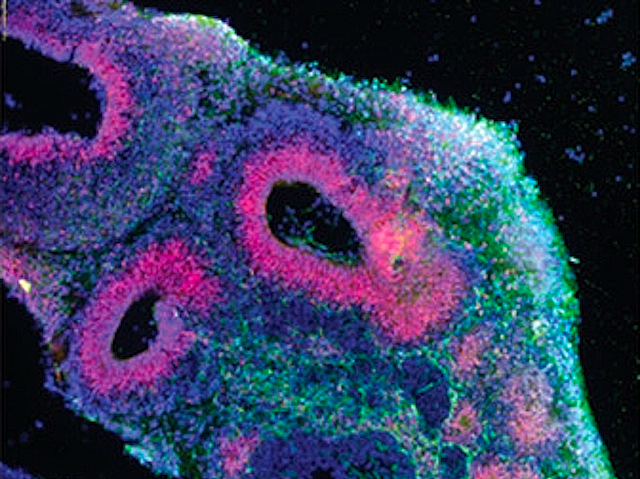 Ageing is inevitable and universal, but understanding the biological processes behind it might help ease the experience and prevent some unwanted conditions that so often come with age. Our immune system ages with our body, but what role this plays remains unclear because we lack good platforms to investigate the interaction between the immune system and our organs, particularly the brain, in the lab. So researchers have developed a human brain organoid – a 3D-printed structure on which brain cells and structures can grow and be observed (pictured, with mature (green) and starter (pink) brain cells called neurons). Immune cells from young and older donors were implanted on the organoid, and markers of ageing arose in brain cells exposed to older cells, suggesting the immune system actively drives some of the changes that occur in the brain as we age, and proving the potential of this platform for further experiments.