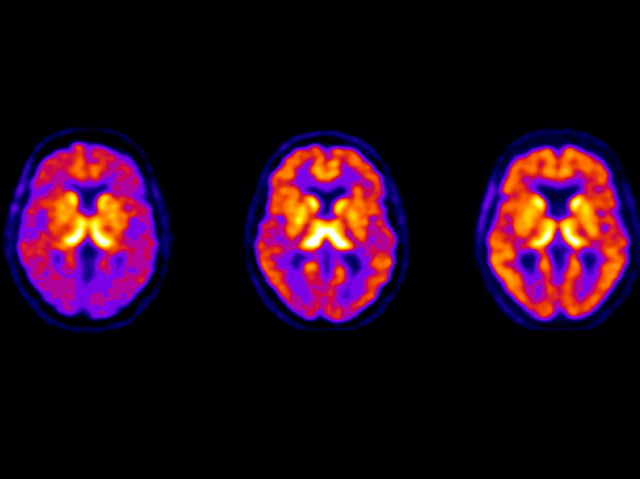 Alzheimer’s disease can be devastating. Aside from the patient’s memory loss and cognitive difficulties, speech, mood and physical abilities often deteriorate making the simplest tasks and interactions challenging. While the specific cause of Alzheimer’s is unknown, scientists continuously gather evidence about how it develops. It’s known, for example, that clumps of amyloid protein (plaques) can be present in the brain before symptoms occur. And recently, inflammation too was found to precede symptoms. Inflammation (in the form of activated astrocytes) was detected in these brain scans using a newly developed marker (high levels of which are shown as yellow and orange). Notice the cognitively normal individual with amyloid plaques (middle) has greater inflammation than the individual without amyloid (left) but less than the Alzheimer’s patient (right). Such insights raise the question of whether curbing inflammation would prevent plaques, symptoms, and if so, whether anti-inflammatory interventions are feasible.