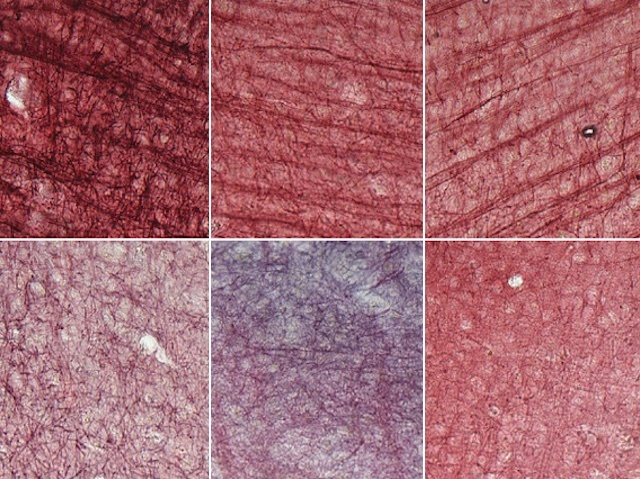 APOE is a protein that carries fat in the blood. There are different genetic versions of APOE, and people who inherit one or two copies of the APOε4 (APOE4) form have a higher risk of developing Alzheimer’s disease than people with other forms of the protein, such as APOε3 (APOE3). How a fat-carrying protein contributes to brain problems has been a mystery, but scientists recently found a clue. The brain’s neurons are coated with a fatty substance called myelin, which both protects the cells and enables their high-speed firing. Studies of postmortem brains show people with APOE4 (bottom row) have less myelin (dark staining) than people with APOE3 (top row), suggesting the APOE4 neurons may be more prone to failure and degeneration. In mice, scientists have been able to fix APOE4’s shortcomings – improving neuronal myelination and the animals’ learning and memory – providing a glimmer of hope for future clinical intervention.