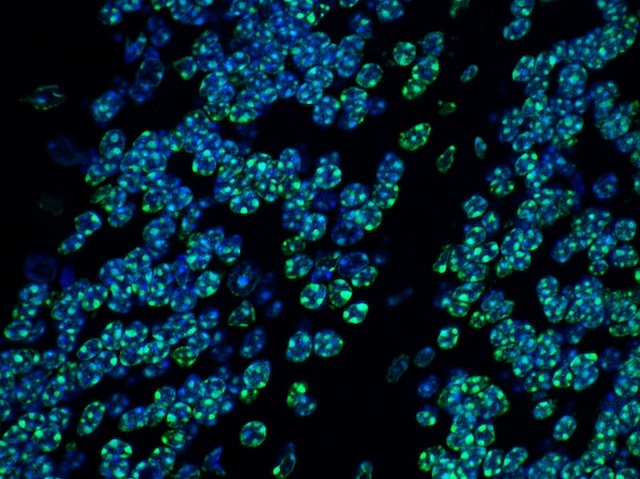 Sometimes there’s so much running through our brain that we wish we could turn down the noise. At a molecular level, there are proteins doing just that. HUSH – the human silencing hub – is a collection of proteins that patrol our genes, keeping repetitive elements quiet when they’re not needed. MORC2 and MPP8 are two of these, and bind to bundles of DNA to silence genes (green in the mouse cerebellum pictured). Mutations in these proteins are linked to neurodevelopmental disorders. Researchers found the proteins at high concentrations in neurons, helping to regulate material that accumulates to give each neuron a unique identifying fingerprint. Without HUSH, neurons lost their identity, which makes it hard to make the right precise connections with other cells. Similar findings in human cells in the lab suggest the same thing happens in our brains, and that disruption to this regulation could be behind multiple mental disorders.