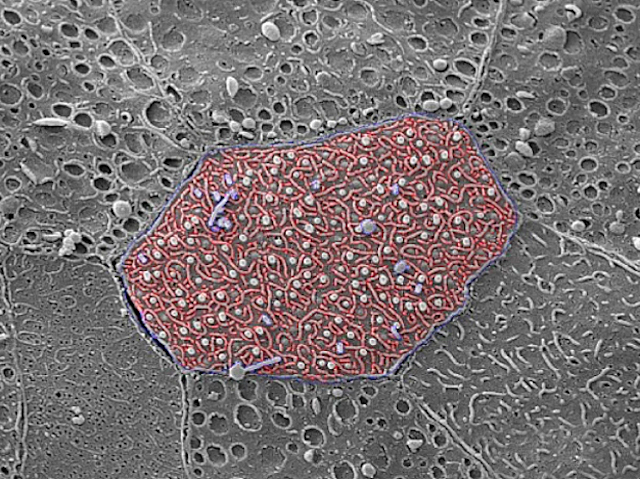 It runs 24/7 offering a transport service to eggs, sperm and mucus-trapped microbes – it’s your network of motile cilia. These hair-like projections found on the surface of certain cells help move fluids, such as mucus in your lungs. Researchers now investigate how these cilia are secured in place during development using Xenopus laevis frog embryos. The team used fluorescence microscopy to image the architecture of Xenopus multiciliated cells (MCCs) by labelling the protein actin. They found the actin architecture was very dynamic during early development but gradually became more static near the base of developing motile cilia. Scanning electron microscopy revealed the actin here was anchored in place with the help of tiny ridges called microridges. Interfering with actin-binding proteins resulted in fewer, thinner microridges (pictured, red). What’s more, this subsequently disturbed the orientation of developing cilia. Microridges are therefore an essential structure for securing motile cilia in place.