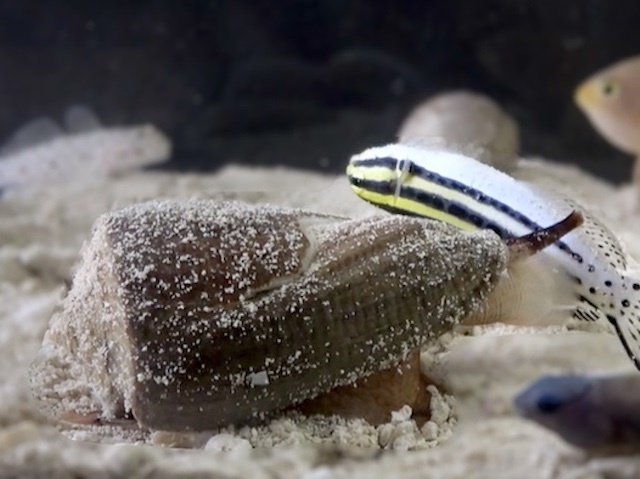 Far from the harmless garden snail, marine cone snails are venomous predators, whose sophisticated chemical weapons have already inspired drug discovery. Among fish-hunting species, the deep water-dwelling Conus neocostatus, in the Asprella group of cone snails, has an unusual tactic, injecting prey with a slow-acting venom (pictured) then consuming them once they become incapacitated. Studying the venom from a closely-related species identified a peptide, named consommatin Ro1, which causes matching symptoms in mice. Its sequence is similar to somatostatin, a human hormone with wide-ranging functions, currently being investigated as a possible therapeutic for conditions from diabetes to cancer. Tests in mice suggest consommatin Ro1 can provide pain relief, and may perform even better than somatostatin itself; more stable, it actually more closely resembles modified somatostatin analogues under development as potential drugs. Similar peptides also exist in other cone snail species, suggesting that yet more effective compounds could still be discovered.