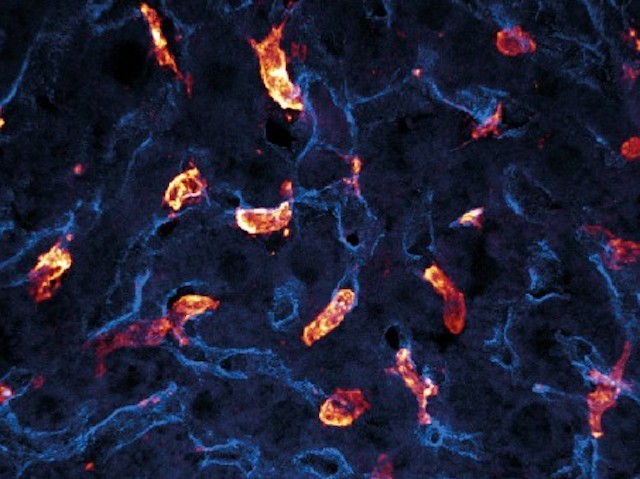 Like a team of security guards patrolling a large museum, macrophages work as a team to sweep the body for invaders or dead cell material. But while radios and earpieces might help security guards coordinate their action, it’s not clear precisely how macrophages work together to take action where needed, and keep the surveillance work going. Macrophages can travel through tissues by changing shape, flexing, and attaching to surroundings with velcro-like proteins called integrins. Researchers who thought the different forms of motion might influence the network activity investigated what happened if mouse macrophages were engineered to lack integrins. In both lab experiments and living mouse tissue (pictured) the resulting macrophages (yellow) were able to move to injured sites as normal, but could not maintain their usual surveillance behaviour. Individual cells’ movement dictated the whole network’s performance, which could have implications for treatments that aim to regulate inflammation.