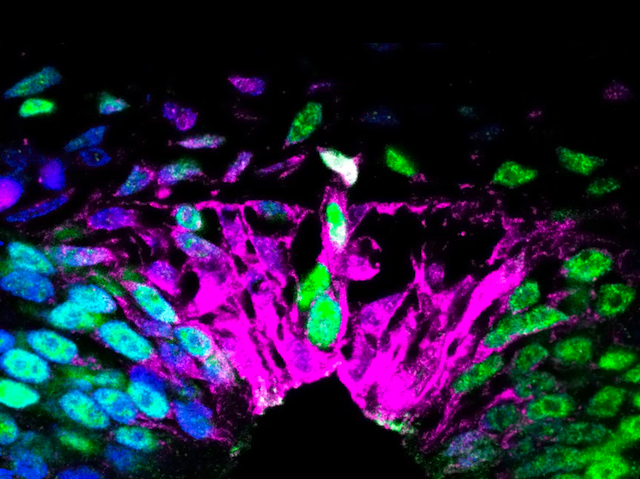 Sometimes a clean break is the only way to end a once-beautiful relationship. Early in development, our central and peripheral nervous systems must separate from their shared starting point, the neural tube. The top of this collection of cells produces and releases the neural crest, a group of cells destined for, among other things, the peripheral nervous system. Eventually this release stops and the top region forms the roof plate crucial to the central nervous system. This fundamental separation could be key to neurodegenerative disorders, and the process has similarities to some cancer spreading mechanisms, so better understanding could help patients. A new study unveiled a key regulator of the separation, retinoic acid. Without it, the roof plate of bird embryos (pictured) continued to produce neural crest material (green) as well as the usual roof plate material (green) after the separation should have happened, blurring the distinction and damaging development.