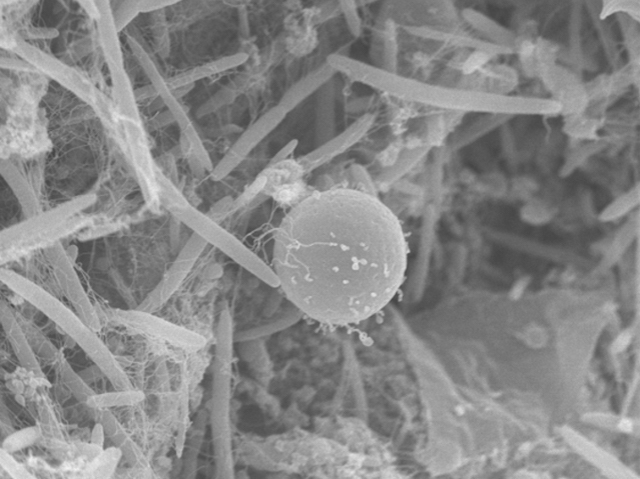 Most people have heard about the 'good' and 'bad' microbes that colonise our guts. But, distinguishing the heroes from villains is harder than you might think, especially as some can be both, depending on circumstances. Take the Blastocystis parasites, for example (one pictured centre, surrounded by bacteria). These organisms inhabit a variety of animals, including humans, and have been associated with irritable bowel syndrome, inflammatory bowel disease, and diarrhoea. On the other hand, they’ve been linked to increased microbial diversity, considered a sign of good gut health. Because such associations were correlative, the role of the parasite could not be determined. However, recent cause-and-effect experiments have shown that oral doses of Blastocystis sub-type 4 given to mice with colitis caused enrichment of anti-inflammatory immune cells in the colon and promoted the animals’ recovery. Thus, at least one subtype of Blastocystis, in one particular situation, seems to play the protector.