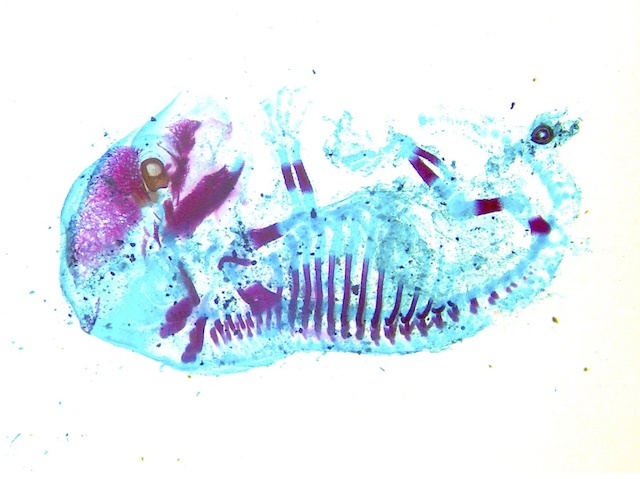 To build a strong skeleton, osteoblasts, the cells that produce bone, need plenty of amino acids, the building blocks of proteins. Many proteins involved in bone formation are especially rich in a specific amino acid, proline, so getting enough of it during development is critical for cells to first differentiate into osteoblasts, then make bone. Recent research in mice identified a major route for developing osteoblasts to acquire proline, through a transporter known as SLC38A2. Knocking down the gene for SLC38A2 affected cells’ ability to make key proteins, with consequences for skeletal development: fifteen days after conception, mouse embryos have a recognisable skeleton, including mineralised bone (pictured in pink, with cartilage in blue), but this is substantially reduced in mice lacking SLC38A2. As proline is so crucial to bone development, exploring its role in adulthood might suggest whether proline supplements could also help strengthen bones weakened by age or disease.