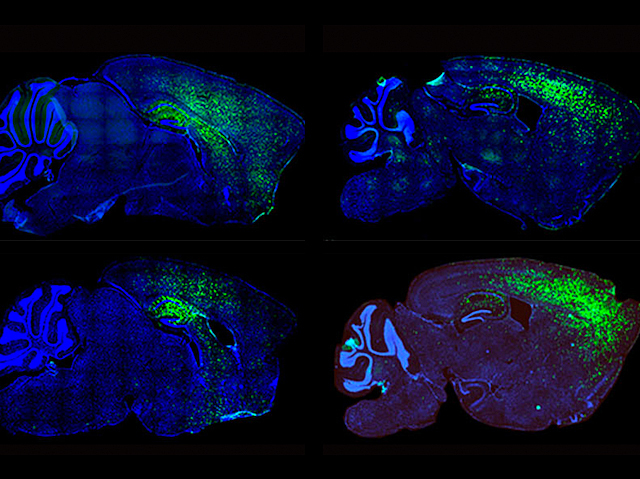 Autism spectrum disorder (ASD) is a variable set of neurobehavioural conditions whose symptoms include communication and social deficits, repetitive behaviours, and learning and memory problems. Studies of post-mortem brain tissue have hinted at particular cell-types involved in ASD and, while most research has focused on the electrical impulse-carrying neurons, recent evidence suggests astrocytes – once considered the mere supporters and regulators of neurons – might also be involved. Now, these lesser-studied cells are getting their moment under the spotlight, or rather the microscope, as scientists compare the functioning of stem cell-derived astrocytes from ASD patients with those from control individuals. When integrated within the brain of a mouse (pictured), ASD astrocytes (green) not only exhibited exaggerated calcium signalling compared with control astrocytes, but caused repetitive behaviours and memory problems in the mice. These problems improved if excess calcium signalling was suppressed, suggesting a possible path toward treating at least some ASD symptoms.