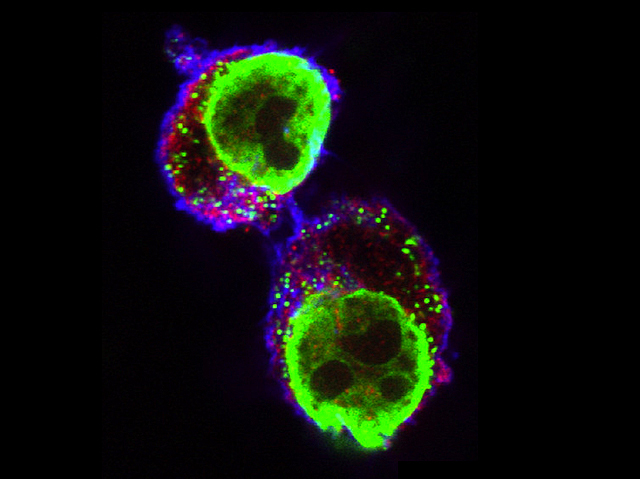 Much like we head to the Post Office and send a parcel to a friend, cells can send precious cargo between themselves too. These informational sacs called extracellular vesicles (EVs) are important in healthy bodies, but also play a role in disease. Now researchers have shown that EVs released by tumour cells could be another way by which cancers spread. The team showed that EVs shed by tumour cells contain DNA (green) and an enzyme called cGAS (red) known to be crucial for tumour progression. They also demonstrated that EVs from tumour cells and their cargo are transferred to recipient cells. Adding EVs containing the DNA sequence of a specific gene not normally found in mammary cells, to mammary cells growing in a dish, resulted in that ‘foreign’ gene being expressed. Understanding how cancer cells package and send precious cargo could be used to detect cancer sooner or provide new therapeutics in the future.