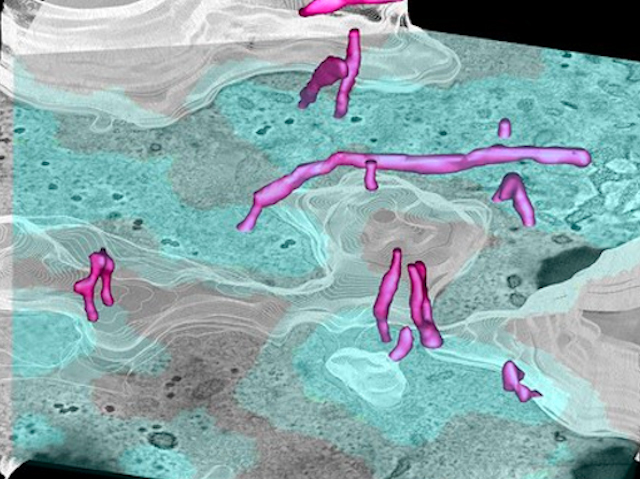 T cells – a type of white blood cell – circulate around our bodies until they encounter their specific target ‘foreign’ molecule or antigen on antigen-presenting cells. When first doing the rounds, T cells aren’t primed and ready to leap into action, they need to be activated Activation happens by two of their proteins working together: the T cell receptor (TCR) and CD28, which form a stable connection between the T cell and the antigen-presenting cell. Both proteins then cluster on the T cell membrane. Unlike those of the TCR, the details of CD28 clustering during T cell activation are less clear. Now, using advanced microscopy called 3D CLEM, researchers have shown that another T cell protein called SNX9 (magenta) plays a key role organising and contorting the membrane at CD28 clusters (cyan) pulling them close to the TCR on the membrane (white) to activate the T cell.