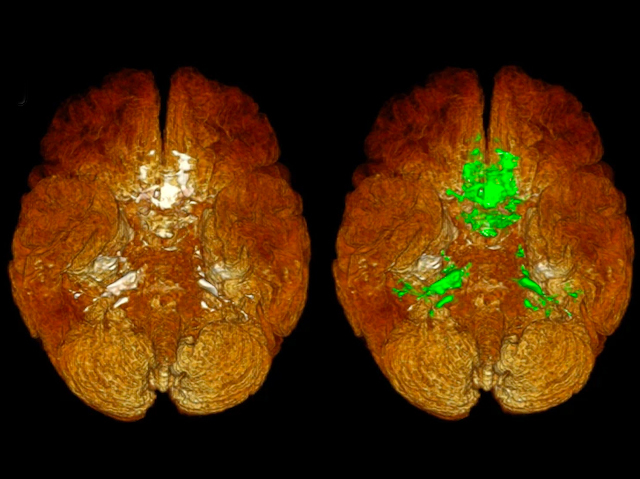 Imaging the lymphatic networks of the human brain

It's probably not surprising that our brains have huge energy demands. This also means they produce lots of waste. Waste throughout the rest of our bodies is removed via our lymphatic system, but researchers were unsure if the brain used the same system. A non-invasive MRI scanning technique called 3D FLAIR has allowed researchers to image the brain’s waste disposal system for the first time in living humans. Typically, scans of this nature would require external tracers, which are not completely safe and can't access the brain. Instead, researchers used the signals produced by the lymphatic vessels themselves to visualise their location and confirm that the human brain does have its own lymphatic vessels. This image shows two scans as if you were looking up at the brain from below. The left image shows the brain structures, the right shows how the lymphatic vessels (green) overlay with those structures.