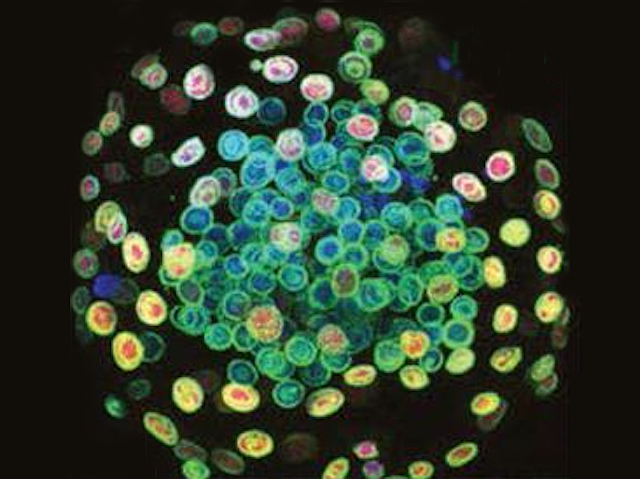 How errors in chromosome segregation are avoided during cell division

Whether it’s children on a school bus, money in the bank, or DNA in a cell, careful counting is critical. At the very earliest stage of development, the wrong number of chromosomes [bundled strings of DNA], called aneuploidy, can cause various serious conditions. Most research into this problem has focussed on errors during meiosis [cell division that produces sperm or eggs cells], but errors during chromosome segregation (when paired chromosomes separate and spread out) are equally likely to cause problems. A new study investigated the molecular mechanisms underpinning aneuploidy during cell division in early development, and found some embryos containing micronuclei – enclosed chromosomes that failed to properly segregate (examination of cattle embryos pictured, with an indicator of micronuclei contents highlighted red). Unpicking the process behind aneuploidy in cattle embryos could help better understand the process in humans, and lead to new approaches to keep chromosome numbers straight.