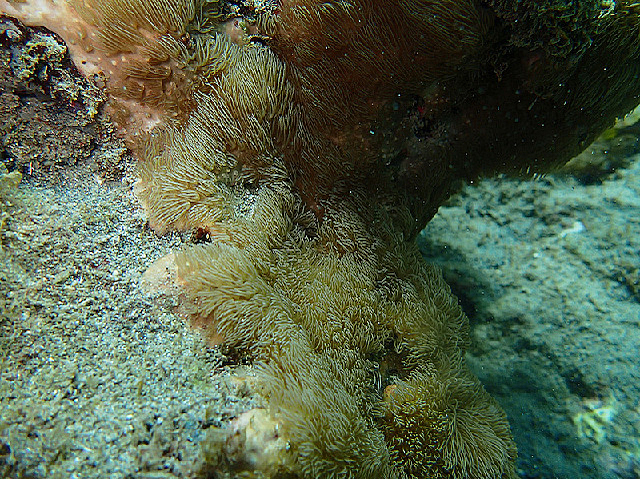 From fluorescent jellyfish proteins to drug-inspiring cone snail toxins, marine animals are a biomedical treasure trove. Soft corals and their relatives, collectively known as octocorals, possess a vast library of particularly promising compounds, diterpenes, currently under investigation as potential drugs. Yet, with little understanding of how they are produced, synthesising them in the laboratory has proved difficult, hindering progress. In a recent breakthrough, researchers identified a cluster of genes involved in the synthesis of eleutherobin, a coral diterpene with potent anti-cancer activity, in the genome of the soft coral Erythropodium caribaeorum (pictured). Unlike in many marine animals, eleutherobin is not produced by a bacterial symbiont, a microbial partner living within the coral, but by the coral itself, and similar genes exist in other octocoral genomes, suggesting that diterpene production is an ancient adaptation. Elucidating this genetic pathway provides key tools for making coral diterpenes, boosting their potential for drug development.