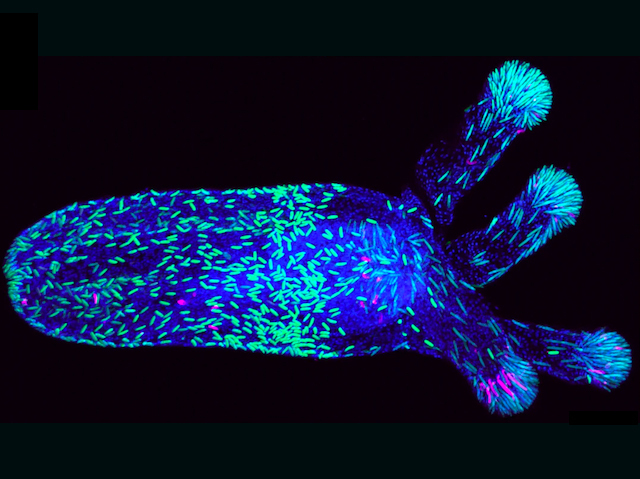 Our precious DNA is wrapped up in spools in the cell nucleus, forming a protective structure called chromatin that unravels to grant access to certain genes. While controlling chromatin is important in animals, just how far back in our evolution it features is a little mysterious. Here, researchers explore a chromatin-controlling protein called lysine-specific demethylase 1 (Lsd1) in an ancient ancestor – Nematostella vectensis – pictured under a high-powered microscopy with its cells highlighted in blue. Animal evolution parted ways with cnidaria like Nematostella millions of years ago (they are over 500-million years old) but evidently, we still share some tricks. Using CRISPR gene editing technology to 'remove' Lsd1, scientists reveal an essential role for chromatin in developing early neural cells (purple and green). As an ancient model organism, Nematostella might hold clues to how human chromatin changes in various diseases and at different stages of our lives.