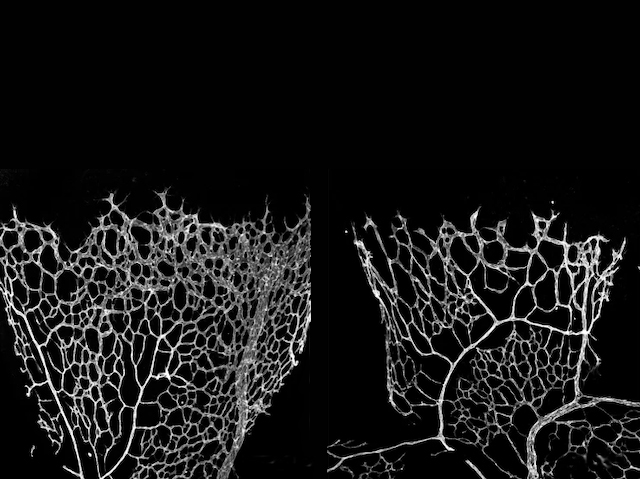 Healing a wound is a complicated process. Central to its success is angiogenesis – creating new blood vessels from existing ones. This relies on endothelial cells (ECs) that line blood vessels. During angiogenesis, ECs consume more nutrients to grow and divide. Researchers investigate how this comes about in mouse retinas. Mice were genetically engineered to lack YAP, TAZ or TEAD, proteins associated with angiogenesis. In mice lacking any one of these, the retina had fewer ECs and a reduced blood vessel network (right) compared with normal mice (left). After identifying genes that increase activity in response to YAP, TAZ and TEAD, the team found suppressing such genes also impaired angiogenesis. Specifically, they found YAP, TAZ and TEAD increase the activity of genes important for nutrient transport, metabolism and growth. This sheds light on the molecular goings-on of ECs in the creation of a new blood supply.