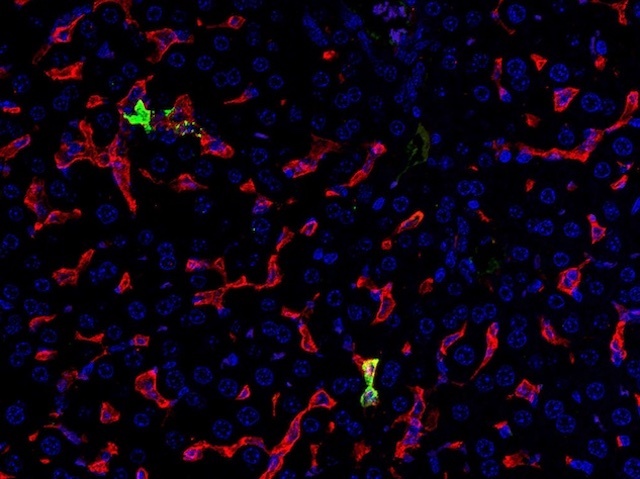 This is a section of mouse liver showing its Kupffer cells (red), some of which are infected with Crimean-Congo hemorrhagic fever (CCHF) virus (green). The CCHF virus is transmitted to humans via the bites of infected ticks and causes disease of varying severity – from practically no symptoms at all, or a mild fever, right through to severe haemorrhaging (nosebleeds, bruising, blood loss), multi-organ failure, and death. Studies in model mice have revealed that this dramatic range of symptoms is, in large part, down to differences in the host’s immune system. Indeed, mice that lacked key components of their innate viral-detecting machinery fared better than their wild type counterparts when infected with the virus because they developed far less inflammation. It seems, then, that rather like COVID-19, the most severe cases of CCHF may depend less on the virus itself and more on the excessive inflammatory responses of infected individuals.