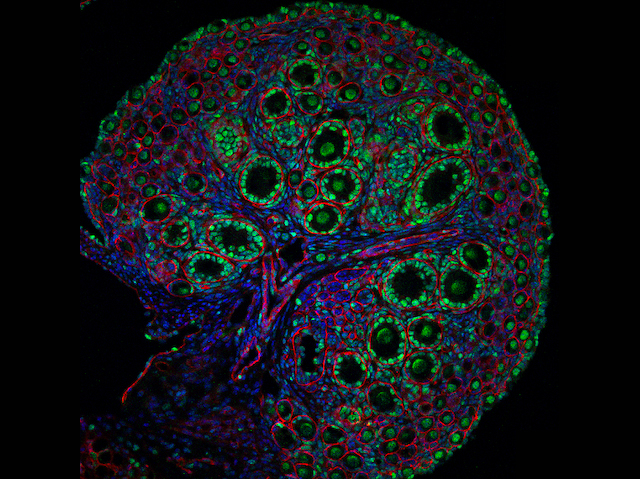 To study the mechanisms by which genetic mutations cause disease in humans, researchers replicate comparable mutations in mice and closely observe their development (such as the developing mouse ovary pictured). But if those mice can’t endure the mutations, and do not survive to adulthood, their use is limited. Mutations of the WT1 gene are linked to defects in the development of male and female genitalia. Previously, mice engineered to lack this gene were so severely impacted that only minimal insights could be gleaned, but a new approach has created a more viable strain of mouse, with the gene silenced during early gonad [testes or ovaries] development. These mice developed genital tracts containing both male and female structures, had ambiguous external genitalia and lacked mature gonads. Understanding how WT1 helps distinguish early sex development could ultimately help us intervene with treatments for humans.