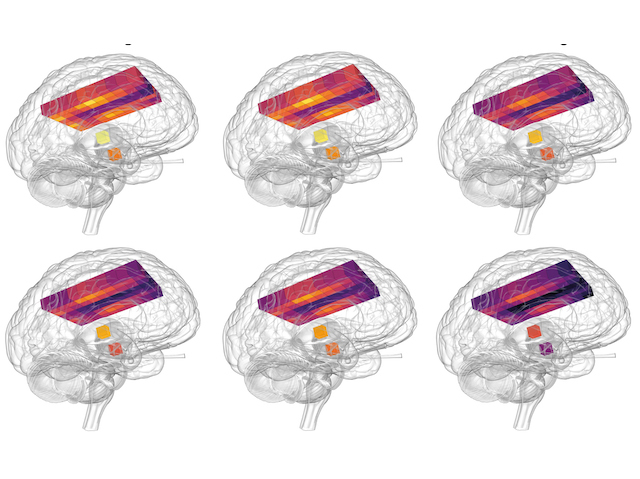 If I asked you what the average body temperature is, you’d probably say around 37°C. The brain’s temperature is generally assumed to be the same, despite its much higher workload. Much like components of your phone heat up when working harder, researchers have found that the same can be said for our brains, which run hotter than previously thought. Using a technique called magnetic resonance spectroscopy, the team measured brain temperatures of people throughout the day. Average temperatures for different regions are shown using coloured blocks where dark purples are coolest and yellows are highest. Brain temperatures varied throughout the day being warmer in the morning (left) and afternoon (middle), and cooler at night (right). Female brains (top row) were warmer than male brains (bottom row), and the team also found differences with age and the menstrual cycle. This has major implications for how we diagnose and manage several brain disorders.