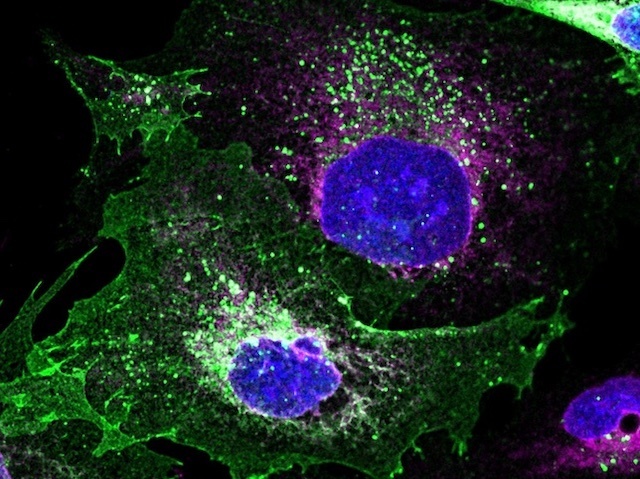 If you have problems at a factory, it’s better to fix the machinery than repair each item produced. This is the philosophy of gene therapy, which aims to solve errors in DNA and subsequent protein production rather than manage the eventual symptoms. Steroid-resistant nephrotic syndrome is a debilitating genetic condition in which the protein podocin, which usually sits on the surface of kidney cells, becomes stuck inside. Many gene therapies use viruses to transport material into cells, but many of these are of limited size, so are like trying to manoeuvre a crane in place with a bicycle. A new study modified the harmless baculovirus to have large capacity, and used it to smuggle replacement DNA sequences, molecular scissors, and guiding nucleic acids into diseased cells (pictured). Podocin (green) was restored to the cell surface, addressing the problem at its source and proving the technique’s potential for many applications.