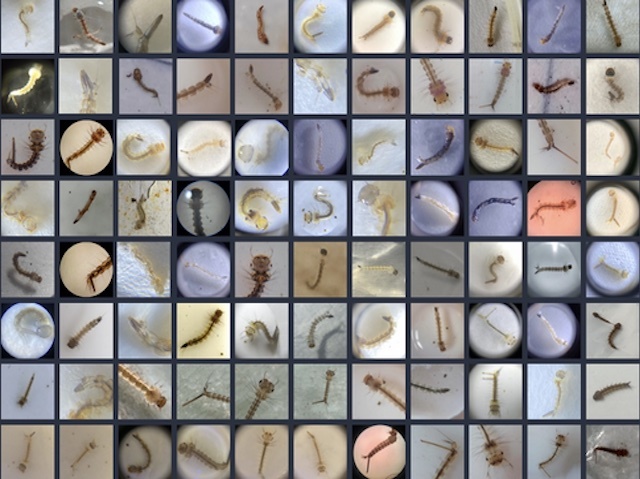 As the global temperatures rise, wildfires and extreme weather are not our only concerns. It’s predicted, for example, that mosquitoes and the diseases they carry will expand their geographical range to more temperate zones and higher altitudes. Not all species of mosquito carry human pathogens, but it would be helpful to know the whereabouts of the ones that do. Such surveillance on a global scale is a seemingly Herculean task, but it’s precisely the aim of the Global Mosquito Observation Dashboard. The good news is anyone with a smartphone can help. The initiative is citizen-scientist oriented, the idea being that people take photos of adult or larval mosquitoes (examples of the latter shown above) and submit them via mosquito-tracking apps associated with the scheme. Researchers can then identify the species and their locations (from the photos’ geotags) and get a heads-up as to where life-saving mosquito-control efforts should be focused.