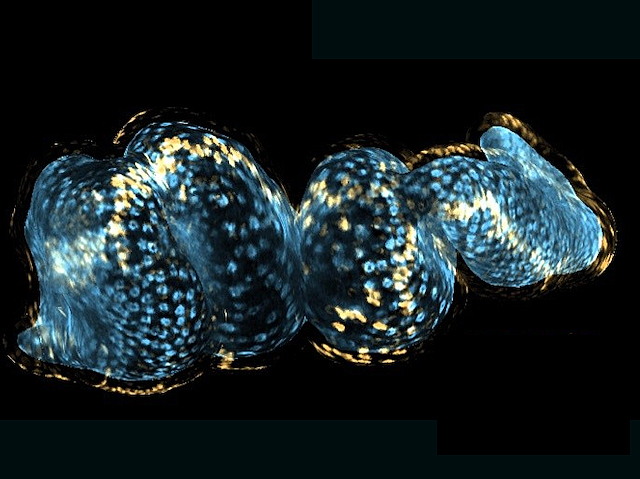 The human gut is approximately 20-feet long, yet it squeezes into our bodies. During development, the gut tube forms a reproducible looped pattern in order to fit into that space, suggesting that it’s controlled by our genes. How cells influence changes in the shape of whole organs isn’t easy to track, especially for internal organs like the gut! But researchers have developed a new imaging technique to analyse just that. They visualised the folding and elongation of the midgut of flies and generated time-lapse movies that show how the layers of muscle cells (yellow) and endodermal cells (blue) which will form the inner lining of the gut, interact to mould it into four chambers before starting to coil. With further analysis, they found that muscle constrictions that induce shape changes in the endodermal cells to form the chambers are triggered by signalling molecules controlled by Hox genes – known for controlling tissue pattern development.