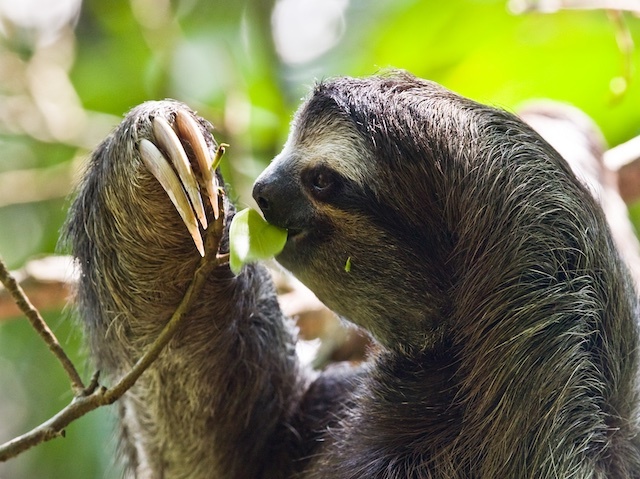 Bigger isn’t always better. Take any given species and as body size increases so does cancer risk. But this rule doesn’t hold between species. Researchers investigate why by studying the genomes of existing mammals and the fossils of extinct mammals, collecting data on body mass and lifespan to mathematically calculate cancer risk. Charting species evolution, they found that before a species evolved to become bigger, genes involved in preventing tumour formation were duplicated. This not only occurred in elephants and their ancestors but also in sloths (pictured), anteaters, armadillos and their ancestors. Although modern-day sloths are small, their ancestors were some of the largest land-dwelling animals of their time. This group, collectively called Xenarthrans, all have a low calculated cancer risk. When investigating the evolution of cancer risk, it's therefore helpful to study both existing large mammals and those descending from extinct large mammals, such as the humble sloth.