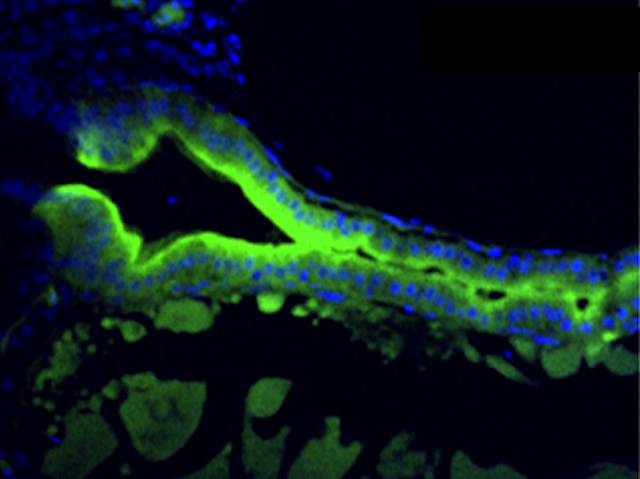 The rarity of some genetic disorders can make them difficult to study in patients. An animal model that replicates some of the disease mechanisms can help researchers, and a new study has developed the first zebrafish model for Feingold syndrome type 1, which causes incomplete development of the gastrointestinal tract among other symptoms. The condition is caused by mutations in the gene Mycn (stained green, active throughout the intestines of healthy fish, pictured). The mutant fish developed short intestines with reduced folding, and the deletion of Mycn impacted other genes as well, including those in a central regulator of protein synthesis, the mTOR signalling pathway. Supplementation with leucine, a building block that activates the mTOR pathway, helped restart protein synthesis and led to a partial recovery of intestine size. If the mechanisms translate to human biology, this simple supplement could bring relief to patients with Feingold syndrome type 1.