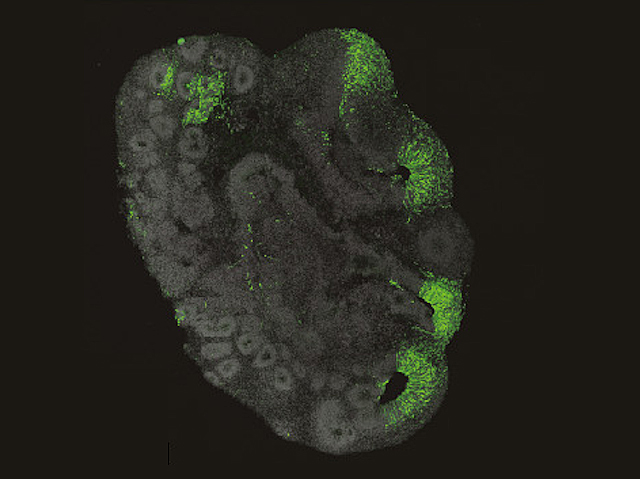 Humans have the largest brain relative to their size of any creature, and the most complex with 100 billion neurons, each capable of having up to 15,000 connections. How our brains evolved that complexity wasn’t clear, but scientists have now identified a gene that might explain why. The gene called ARHGAP11B, is unique to humans and is crucial for the development of the neocortex – the brain region involved in higher-order functions like cognition and sensory perception. Studying how the neocortex evolved is challenging, but the development of organoid technology has opened doors. Researchers created ‘artificial brains’ from both human and chimpanzee stem cells. By adding ARHGAP11B to the chimpanzee brain organoids (areas highlighted in green), they found an increase in brain stem cells that drive growth and neurons involved with heightened mental capabilities. This suggests that ARHGAP11B played a crucial role in the evolution of the brain from our ancestors to modern humans.